Metal backed PCBs were first developed in the 1960s for high power applications. These boards are known as IMS (Insulated Metal Substrate) or MCPCB (Metal Clad Printed Circuit Board). For the lower junction temperatures that can be achieved this technology has widespread use in the LED sector.

A PCB manufactured form a metal clad substrate, rather than standard materials such as FR4, will be much more efficient at removing heat. Dielectric insulating material on FR4 has a very poor thermal conductivity performance. The dielectric used on metal clad boards is far superior; generally ranging from 1W/m-K to 9W/m-K.

The material used to fabricate metal clad PCBs is made of 3 parts; the copper foil, the high dielectric, the metal (aluminium) base layer.

This is normally 1oz (35µm) to 4oz (140µm), but it can be heavier. It is processed the same way as conventional PCBs.

The dielectric will electrically isolate the Aluminium base layer and the copper conductor, the copper foil. This is the most important part of a Metal Clad Board and is the key for allowing rapid heat transfer between the two metal layers. The highly efficient dielectric ensures that the heat generated by the components is dispersed to the aluminium base as quickly as possible. The dielectric determines the materials thermal properties and the is what sets apart the highest quality materials GSPK use to lower performing cheaper alternatives.

The Base Layer can be copper but in the vast majority of applications it will be aluminium. The thickness is normally 1mm-3.2mm thick, with 1.6mm being the most popular. Aluminium is light and a very efficient conductor of heat making it perfect for applications involving rapid heat transfer. 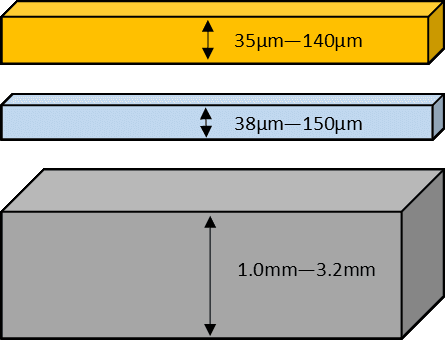 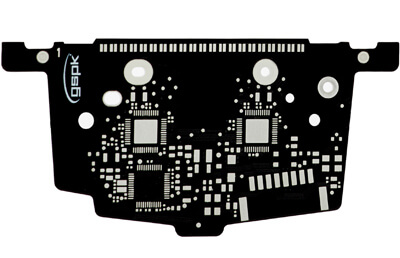 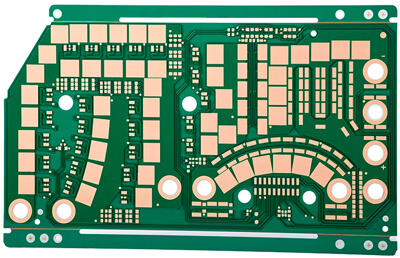